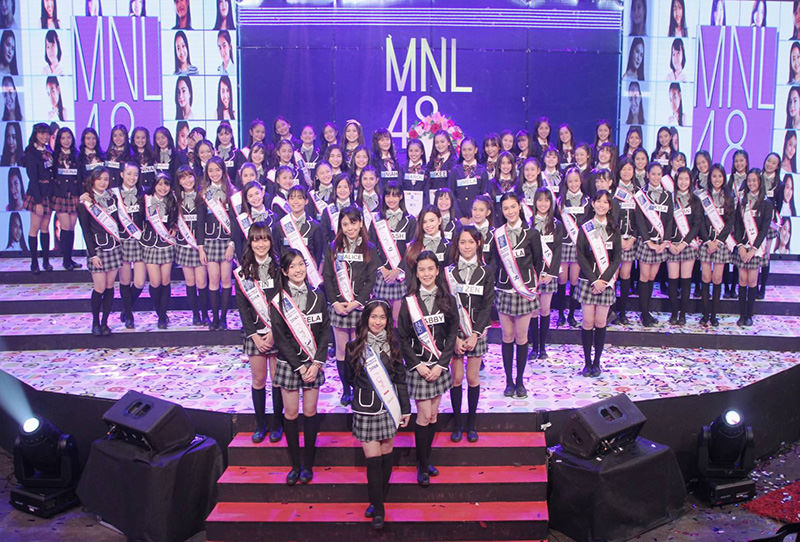 The 1st General Election for the newest AKB48 sister group and the biggest idol group in the Philippines, MNL48, took place on April 28 at Studio 4 and Center Road in ABS-CBN.

It was a momentous event for both MNL48 finalists and fans who gathered in ABS-CBN to witness the announcement of the result of the General Election. A total of 72 finalists took part in the election after three months of hard work and dedication, however only 48 aspirants were declared as the First Generation members while remaining aspirants were announced as Kenkyuusei (Trainees)

The crowned center girl of this year's election was Sheki while rank 2 and 3 went to Abby and Sela followed by Tin at rank 4, Zen at rank 5, Alice at rank 6, and Trixie joined the Kami 7 (rank 1-7) at rank 7. 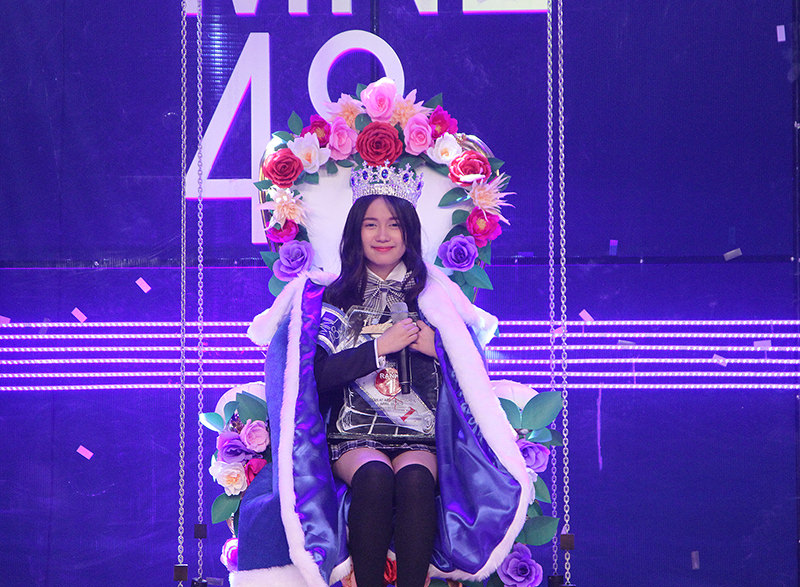 The ranking of the First Generation members were based from the votes they earned on the MNL48 Plus app during the General Election voting period from April 14 to April 27 until 1PM.

To cap off the historic event, the first generation members were later on presented to the fans for the first time at Center Road with live coverage on MNL48 official Facebook page and YouTube Channel. Each member was given a chance to thank their supporters and answer some of their questions. 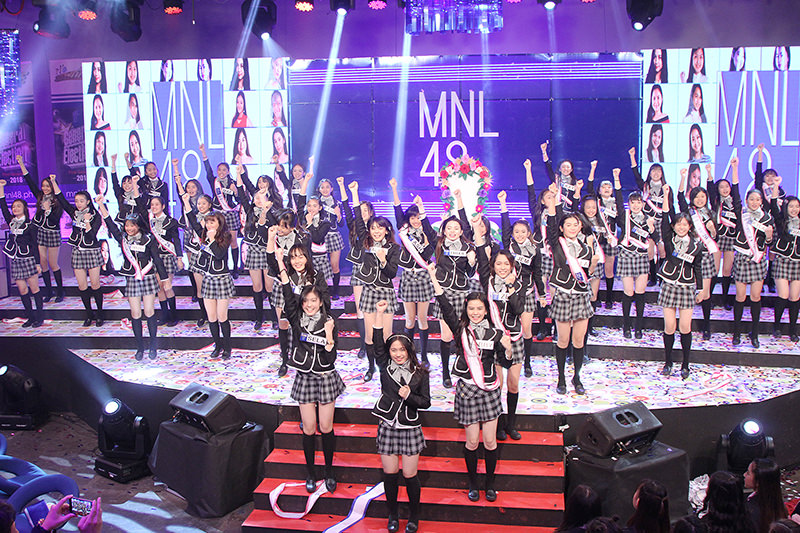 The announcement of Senbatsu (Top 16) was televised live on Its’ Showtime during the MNL48 segment while the reveal of rank 17th to 48th, and Kenkyuusei were aired on MNL48’s Online Update on its official Facebook page and YouTube Channel.

Check out the full results below: 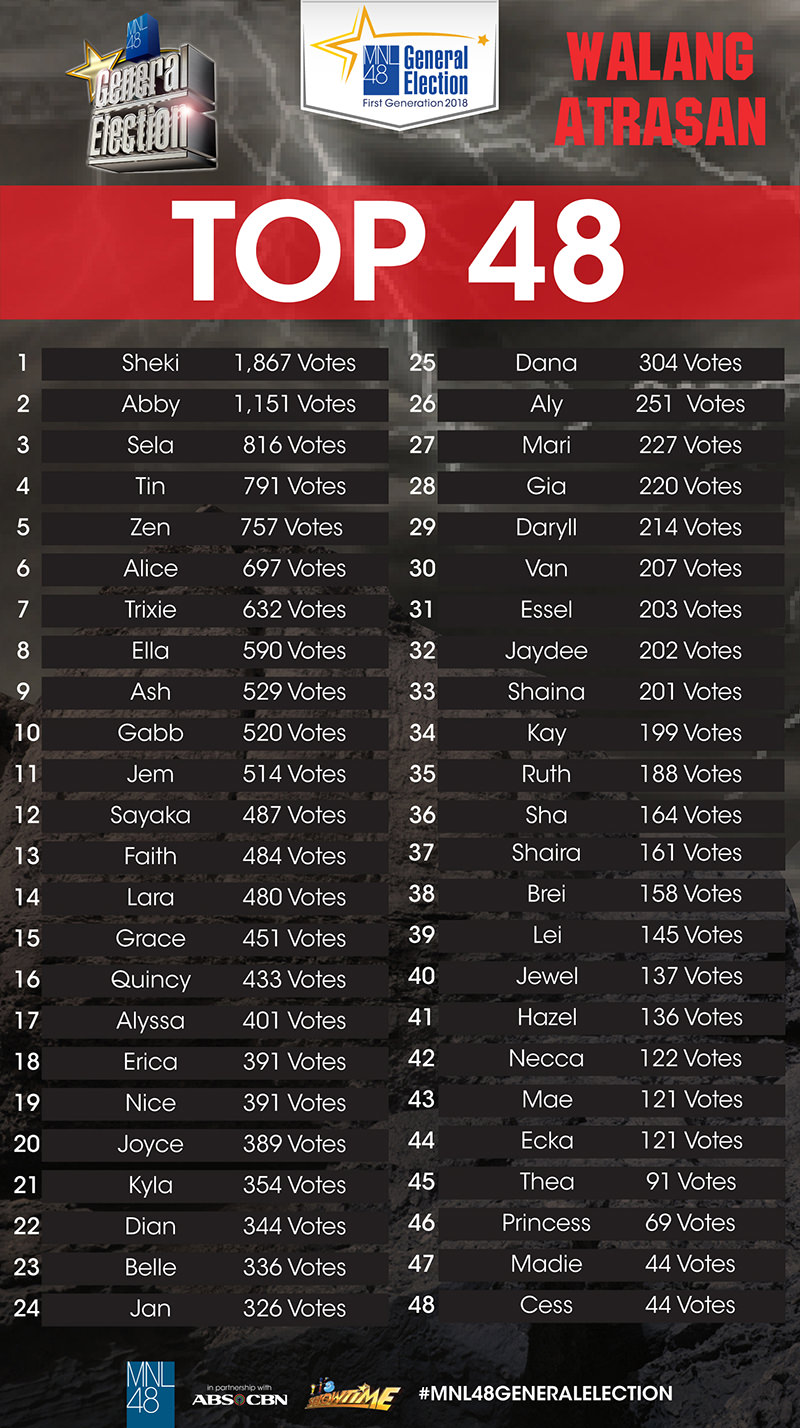 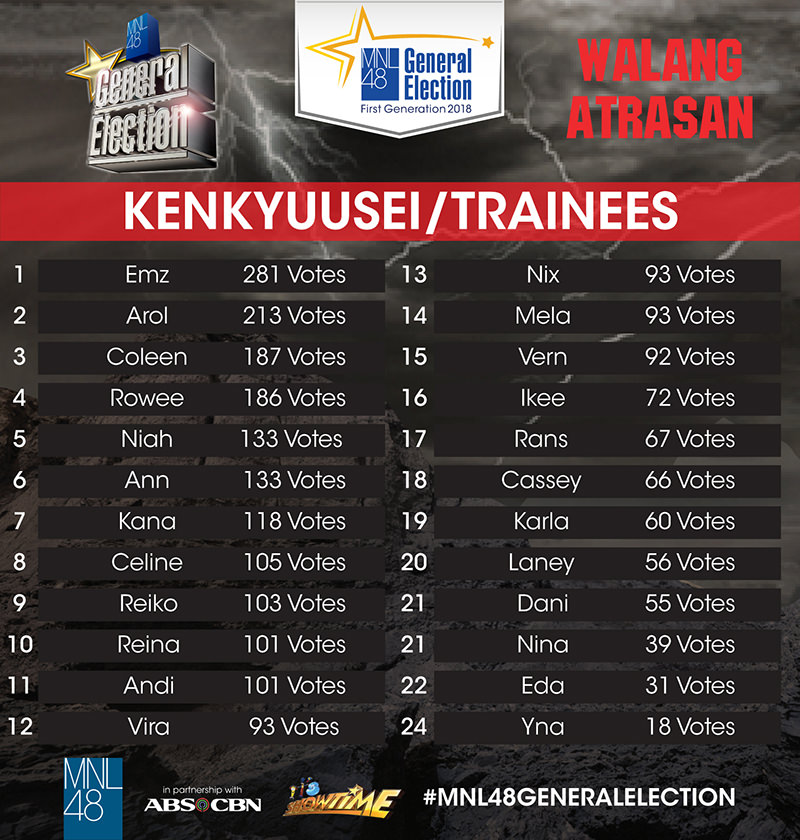 Meanwhile, big opportunities await our MNL48 First Generation members. The group will be performing daily at their very own MNL48 Theater, will have their music recording under Star Music, and international training under AKS, the prestigious talent management of AKB48, and will be the first Filipino endorsers of Tokyo Girls Collection that will soon open in the Philippines.